First of all, thanks a lot to my student Anna who went book-shopping for me and my project to read a book from each country/territory during her holiday in Spain and Gibraltar. Splendid choice!

Family has been a major topic in many of the books I’ve read so far, and it is what all three books in this post also have in common. All of them also explore aspects of what family means in the context of a bigger community, like a village or a state, and ideas of rights and duties towards those entities. Last, but certainly not least, all three works made for gripping reads.

While this book can be read as an exciting whodunit, I loved to learn about the history of Gibraltar in the early 19th century. The idea of our Lady of Europa has lived on …96%. The characters were totally believable. I particularly liked the dilemma of truth versus loyalty and how this caused the characters to act. This book is also part 6 in a series, so now I’d really like to read all the other parts.

This was my audiobook of the month, and it was read by the author, which added an extra layer of sadness. While listening to his accounts of not wanting to give up hope and just wanting to know about the fate of his father, I kept wondering where he’d found the strength to write and to retell his heart-wrenching autobiography. How can one not despair of mankind?

75 Western Samoa: Sia Figiel – where we once belonged

The stories which comprise this book are written in a rather idiosyncratic voice using plenty of Samoan vocabulary and quite a lot of repetition … repetition. This took some getting used to, but gave the book a lot of flair. Growing up is tricky in every part of the world, but in this close-knit island community it really can’t be easy. The book is also very open in its dealing with psychological terror and physical and sexual violence which I found hard to stomach. Still, learning about some aspects of Samoan culture (which reminded me of the book I’d read for American Samoa) was fascinating.

If you want to go hiking, Slovakia has a lot to offer. The valley of Zádielska (Zádielska dolina or Zádielska tiesňava) is certainly a great place to do so. The hike can be done as a loop, in which case I’d recommend walking it anti-clockwise. This way, you’ve got the steep ascent at the beginning, followed by a leisurely stroll when you can enjoy the views. 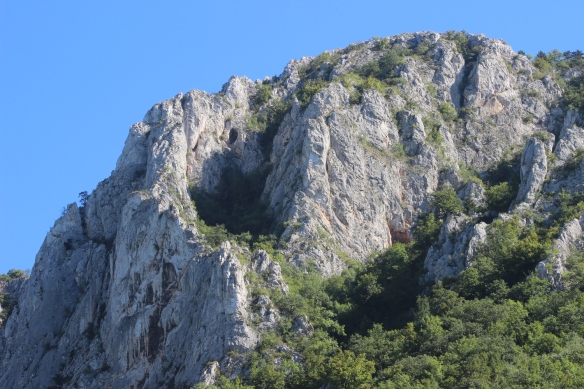 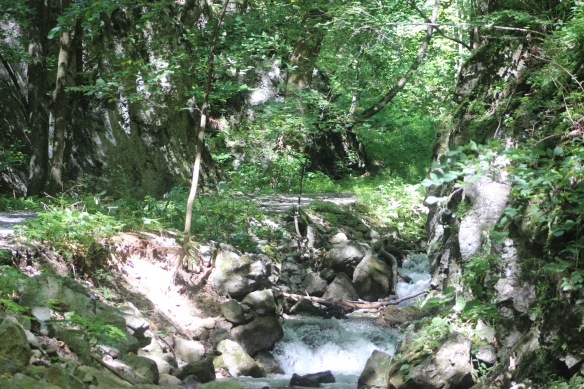 Troglodytes troglodytes is labelled King across many cultures. This one is king of Devinska Kobyla in Bratislava.

This solitary Torgos tracheliotos was soaring high above Wadi Bani Khalid in Oman. Solitary for two reasons: firstly, this endangered species doesn’t live in big groups like other vultures. Secondly, and you may have guessed it, their numbers are in decline because of human intervention.

What a weird book this was, yet also weirdly gripping. If you’re the kind of reader who likes books without an obvious story, this one is perfect for you. Cryptic descriptions of places, people and events left me rather flummoxed. But then, I enjoyed reading a book in German, and the snippets of Hungarian were translated by my colleague Laura.

71 Sudan: Tayeb Salih – Seasons of Migration to the North

A modern Arabic classic, and still off and on the banned-books list in some places. I found the interactions between the characters dramatic, and was intrigued how this mirrored the relationship between colonial power and colony. On top of that, it was shocking to read about the fate of the young widow. It is disturbing to think the author had some real-life model there, but unfortunately highly likely (looking at the news).

72 Tibet: Palden Gyatso – Fire under the Snow: Testimony of a Tibetan Prisoner

Another harrowing look into the human abyss. I had just finished reading this book when I went to a lecture about secular ethics by the 14th Dalai Lama. It was in stark contrast to how my students in China used to see him and Tibetans in general (also Uighurs) as monsters. Gyatso’s testimony, which he also told the UN, is written in an almost clinical style, e.g. when he talks about being tortured. Yet the reader can feel how his heart bled because of so much suffering of people, but also of the land.

The books which I read for my WorldBookProject to represent Cyprus were both very special, for many reasons. But first of all, many thanks to Sophie Papatheocharous and her friend from the Australian High Commission who put me in touch with both authors.

Before I read these two books, I ‘knew’ exactly three things about Cyprus: it’s somewhere in the Med, it’s divided in a Turkish and a Greek part, and people go there on holiday. Time and again, this reading project has opened new doors for me. The same happened here, and on several levels.

Sophie had sent my email to both writers who got in touch, and about a week later I was holding two beautifully designed books in my hands. I immediately loved the bilingual layout of Arena – I can’t read Greek, but it looks just wonderful and invites you to explore. And the strong, clear-cut lines of Forbidden Zones were sending out a message of ‘I’m not to be messed around with, but I’ll be honest and reliable’. It was.

Arena is a collection of poems dealing with a wide range of topics. The arena of life, filled with memories, travel, nature, people and much more, touched me deeply. Actually, one of the poems made me feel quite embarrassed. When it came to choosing a book to represent Greece, my first choice had been Nikos Kazantzakis, but then I decided to go for someone else’s book (it’s on my soon-to-be-read pile). And there was a poem about Nikos, and I was made aware how much he still means to people … Anyway, I found in all poems in Arena a connection to my life, and I very much enjoyed reading them.

Aydin Mehmet Ali has been called the most courageous woman writer in Cyprus, and Forbidden Zones made it clear why. It was certainly not an easy read regarding the topics: war, rape, domestic violence, being gay in a conservative society to name a few. But I felt drawn into them and I had the feeling of being a witness to real events. On top of that, I learned a lot, and not only about Cyprus and its unexpectedly cruel history, but also the writings of Robert Fisk.

Aydin and Lily, thank you both very much for sending me your books, and even more for enriching my life.

This family of Cygnus melancoryphus was frolicking in a river in the Tierra del Fuego National Park. I only saw them from a bus, hence the blurry photo. But since they are the biggest waterfowl in South America, you can still see the three distinct colours in the adults. 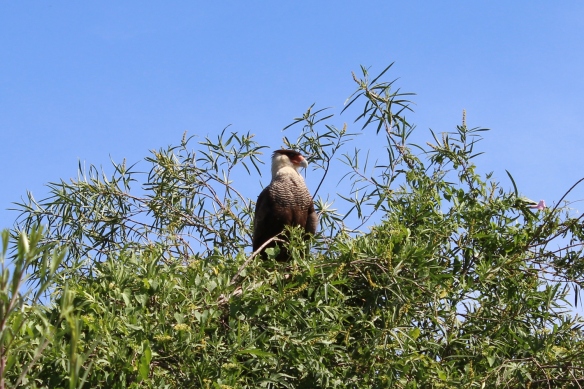 The Caracara plancus here I saw near the Rio de la Plata in a small nature reserve in Buenos Aires.

It seems, that this is actually one of the few species that benefits from deforestation.

As mentioned in my last post about Roznava, I stayed in that area – thanks to my student Vojto and his mum – for a few days. It’s a karst region, in Slovak known as Slovenský Kras which means Slovak Karst. And it’s beautiful.

Rolling hills with lush forests, meadows with flowers, and if you’re lucky, you can spot an Imperial Eagle. I did, but you’ve got to take my word for it since I didn’t have my camera ready.

A lot of the area is protected and UNESCO World Heritage Site, both above and below ground. Slovakia has many caves, and there are several in this area. If you’re a geology geek, the Ochtinska Aragonite Cave is an absolute must see! And even if you’re not, the crystals are so magnificent – if you were to visit just one cave out of all on offer, go for that. It’s one of three such caves on the planet. Check opening hours by following the link above, guided tours only, and I’m not sure what languages they have available.

Getting to all caves is possible with public transport, but for the Aragonite cave a short hike is included. You need to take a bus to this stop, Gocaltovo. Then follow the pot-hole-riddled 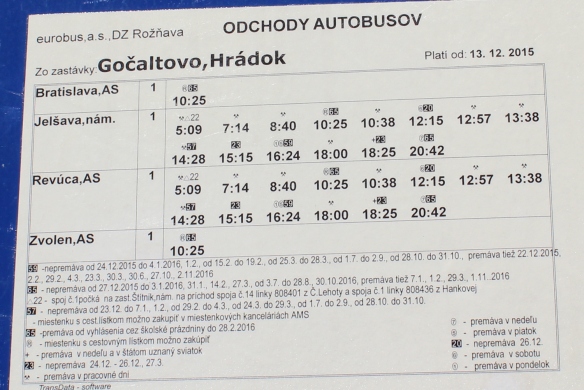 road into the forest for about two kilometres until the parking area of the cave. Entrance is  generally quite cheap, photo permission not. This is the reason why there aren’t any in-cave pics.

Anyway, if you prefer to go on a boat ride in the bowels of the earth, head for the Domica Cave. There are bats flying above your heads, and the stones come in a range of colours. Just check that the water level is alright for the sailing trip. And if you can’t get enough of caving, check out this place: http://www.krasnohorskajaskyna.sk/indexangl.htm.

Of course, there’s more to the karst region than just caves. Above ground, you can find some splendid ruins like this old Hussite church: 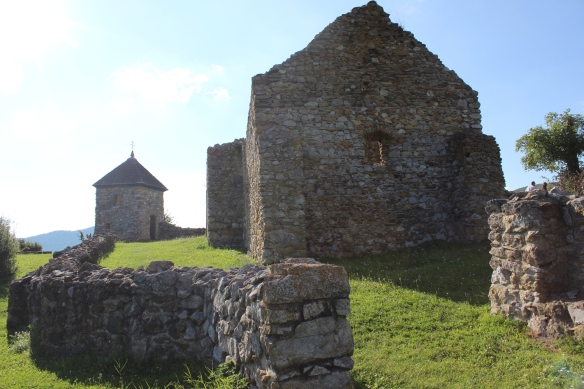 Oh yes, and actually more caves. The minor problem with this one was that there wasn’t 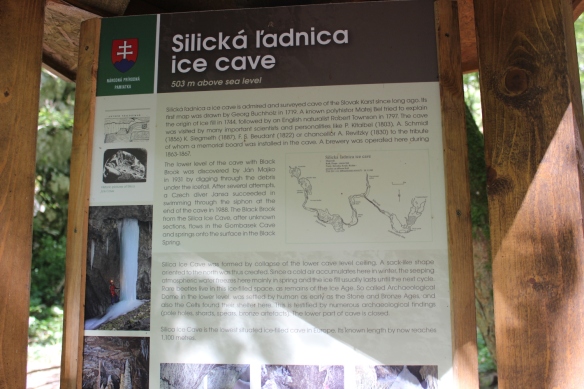 any ice. I blame global warming.

Back in August, it was just the time when this plant was bearing fruit. Very refreshing. 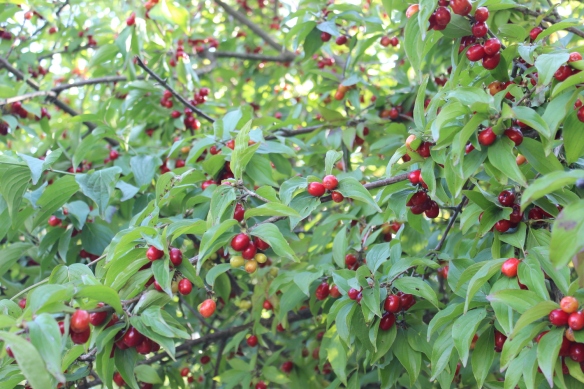 Definitely a region to go to on a holiday! 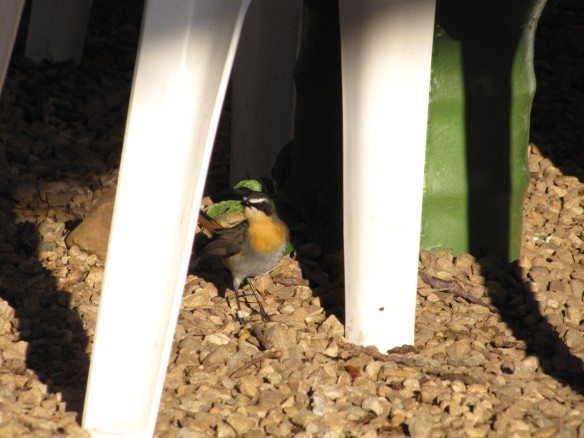 The legs of the chair and the stem of the cactus give you are very good idea how small this Cossypha caffra actually is. I met it in the Helderberg reserve near Capetown a few years ago.

Fun fact: these birds like to take a bath, every day.