Yeah, I’m feeling a wee bit sentimental. We’ve left our home of three years in Bratislava, said good-bye to many a good friend (who we hope to meet again in the future), and also said bye to our favourite twitching places along the river Morava / March. And because spring had already mightily started to spring, we had some lovely sightings in the floodplain near Devinska Nova Ves like a yawning stork, circling white-tailed eagle or a hare: 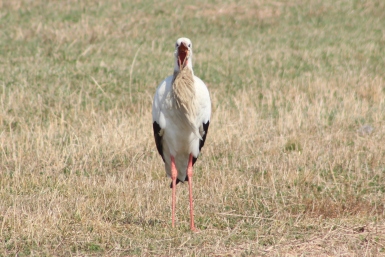 We also went to the WWF nature reserve -just over the border in Austria- in Marchegg, to see more storks and other birds: 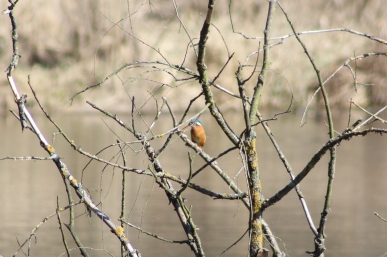 I was particularly happy to have seen the breeding herons again. On top of that, I had never knowingly seen gadwalls before, so that was a rather welcome sight too.

Of course, there was some non-avian activity. The frogs and toads were mating, and snakes were around to hunt the mating amphibians. 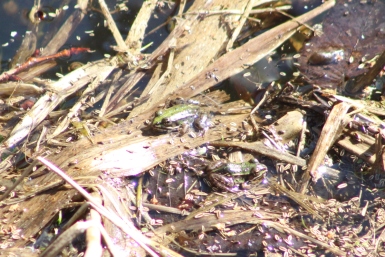 Yep, it’s sad to leave such places, but there’s also the fact that we take some wonderful memories with us. Plus, there’s the chance to explore something new. 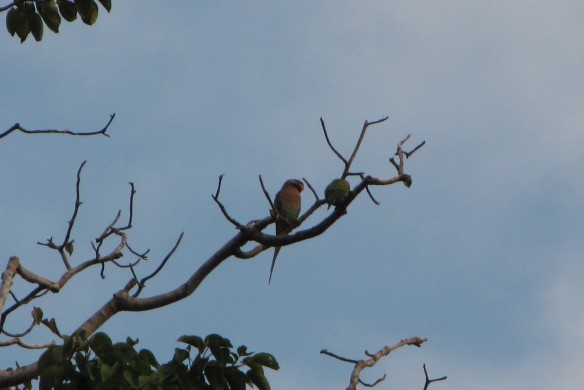 While on holiday in Cambodia a few years ago, we spent two weeks in Siem Reap to explore Angkor Wat and surrounding temples. In Ta Prohm, we saw these Psittacula alexandri, soaring over the highest trees, and very rarely coming close enough to take a photo of with a compact camera.

Coccothraustes coccothraustes is apparently quite shy and a bit tricky to observe – they love being high up in trees. So I’m very glad this male came down and sat in a bit of shrubbery and waited until I had taken a photo, before he then took off again.

Yes, I’m still reading happily away until I’ve read at least one book from each country or territory on my 257 places long list. You might have noticed though that at the moment, there are a number of books appearing on the list which are labelled ‘non-project reads’. The reason for that is that we’re moving, and are not taking all of our printed books with us. So I’m trying to finish some of those before we say goodbye to them.

The one book that recently stood out from this non-project crowd was Petinah Gappah’s The Book of Memory which I listened to. Not printed, but …! The narrator was Robin Miles, who had also narrated my book of choice for Somalia, and she did a brilliant job. I especially loved how she portrayed all the different characters by giving each of them an identifiable voice. The story itself was equally gripping, in particular when it came to the relationship between Memory and Lloyd.

Now, here are the project books I read of late:

That one needed a lot of stamina. It’s a collection of short story collections, and yes, that’s as demanding as it sounds, but also quite fulfilling to look back on each finished collection.  Well, I had to go quite slowly, because even a rather short story by this author needs plenty of thinking time, but this is something which I enjoy. I have to admit that I haven’t quite finished the whole book yet, but have completed A Universal History Of Iniquity (1935), The Garden Of Forking Paths (1941), Artifices (1944), and The Aleph (1949).

This book, Night Days in English, left me in a rather melancholic state of mind. I enjoyed reading it, but didn’t like the characters. They came to life on the page wonderfully. However, they were not the kind of people I’d like to hang out with in real life, especially Margit. What I particularly enjoyed was how the Irish landscape, in which most of the story is set, grew out of the pages. Magic realism!

103 Thailand: Thongchai Winichakul – Siam Mapped: A History of the Geo-body of a Nation

Now, here’s a book that was something I had not expected. It was a piece of academic writing which explored how the ideas of nation and landscape influence identity, and also how the fact that humans perceive themselves as parts of an ‘us’ influences maps, and what they show, and how. The style of writing was rather dry, but the content more than made up for that. I’ve got this feeling however, that someone who wouldn’t have to think too much about Thailand’s lese majesté laws might have made some different points about historic royal participation in map-making. But that’s just a guess.

The taxonomy of Phalacrocorax atriceps is apparently very complicated. Much easier to say is that this one was quite happily settled between Adelié and Gentoo penguins, and getting on with breeding on Petermann Island in Antarctica. 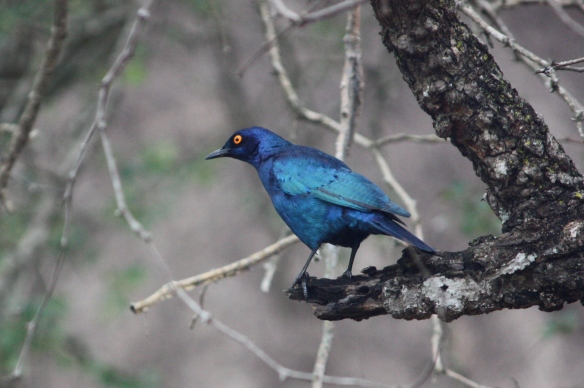 This Lamprotornis nitens was a curious little fellow in Hlane National Park, Swaziland. It’s also called a red-shouldered glossy-starling or Cape glossy starling. At first, I confused this species with Burchell’s Starling, but they have brown eyes, not yellow ones.

Apparently, the Cape Starling is able to see in the UV-spectrum and can therefore recognize different grades of ripeness of fruit.