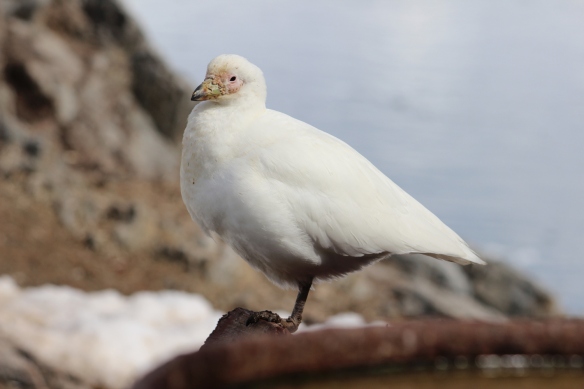 Chionis albus is the only non-penguin land bird native to Antarctica. I took this photo near the ‘penguin post office’ in Port Lockroy.

A few days ago, we went canoeing on the river March. We were expertly guided by Barbara from the WWF March Nature Reserve. At the ‘Storchenhaus’ (Stork House), they offer lots of information and different kinds of tours for the public. If you ever head to Vienna, get on the train to Marchegg (it only takes about 45 minutes), spend a day there and enjoy the great Austrian wilderness! You can see the big stuff like storks and water buffalo or small stuff like the scarlet dragonfly. 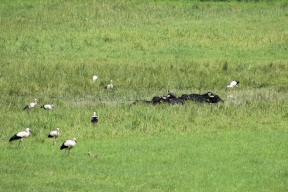 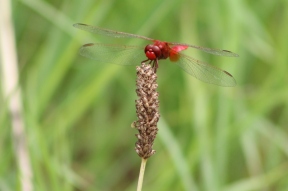 It was our first canoeing ever, so we got instructions and a safety briefing first, then a sip of whisky, and the we headed into the great (un)known. It was terrific! So peaceful, sailing in between the trees, seeing white-tailed eagles flying by … Fantastic! 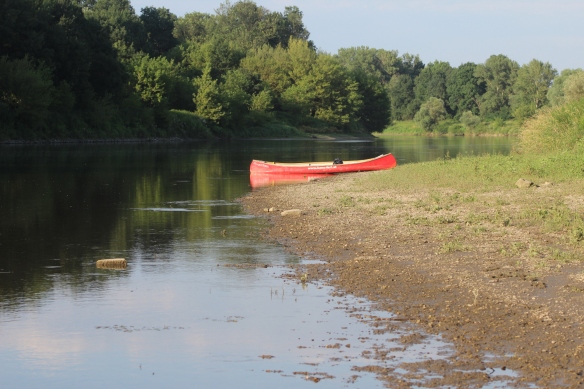 During a stopover we could stretch, which was extremely necessary in my case. We found footprints of mussels and Grey Herons. 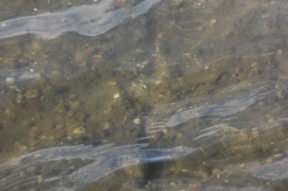 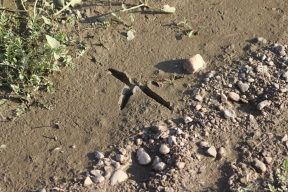 I also learned a new German word, ‘Tieflandfluss’. This is one of 25 words which describe a body of running water and it means ‘river flowing through a low-lying land with lots of pebbles and oxbow lakes’. Now you’ve learned something too 🙂 . Anyway, our guide told us a lot about the surrounding geological features, flora and fauna, so that was really worthwhile! 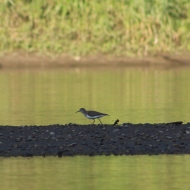 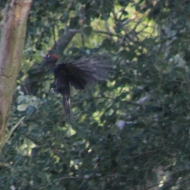 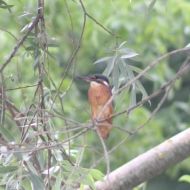 We saw plenty of sandpipers running along the shore, some of which might also have been plovers. The Black Woodpecker was very good at playing hide-and-seek, and the Kingfisher, as always, just splendid. We also saw lots of Grey Herons and even a couple of beavers, which was brilliant! 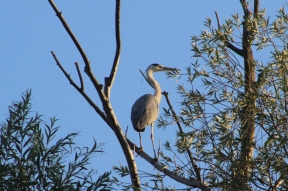 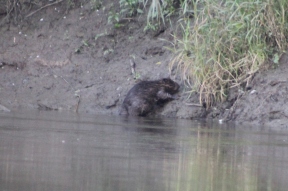 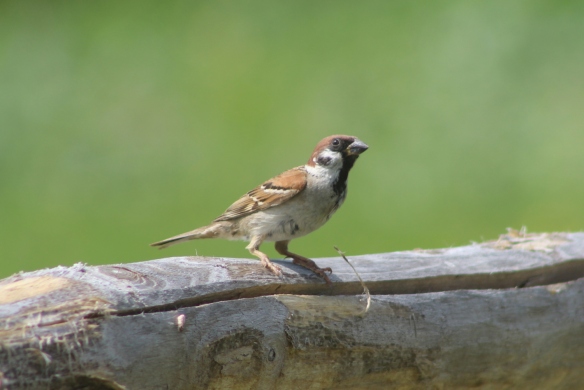 A bird of many names and many ranges:

I took this photo in the WWF Nature Reserve Marchegg. It is part of the Floodplains March-Dyje-Danube Confluence, the only trilateral Ramsar Convention area on the planet.

The White Storks have recently been dealing with something new to their lives: flight. And landing.They didn’t mind my watching their rough and ready attempts, though. 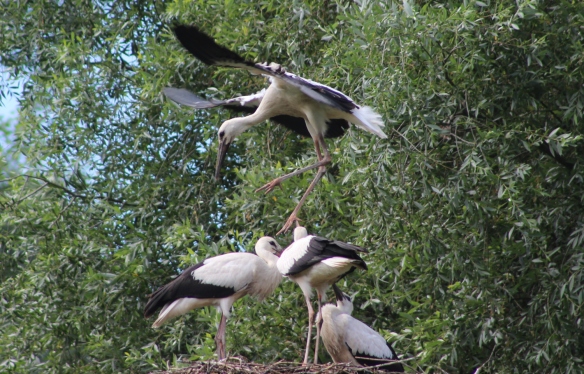 The Black Storks, however, are much more elusive. So when I bumped into this lovely specimen during a stroll through the reed beds, we were both a bit surprised about that meeting. 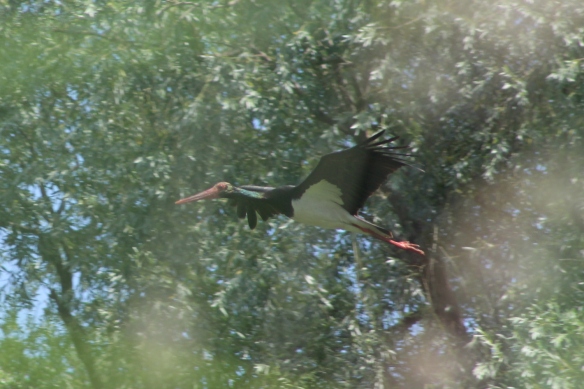 I took this next photo very close to the same spot in the reed beds, so I assume this is the whole family on an outing. Two of the storks looked quite small and not so sure yet on the wing. 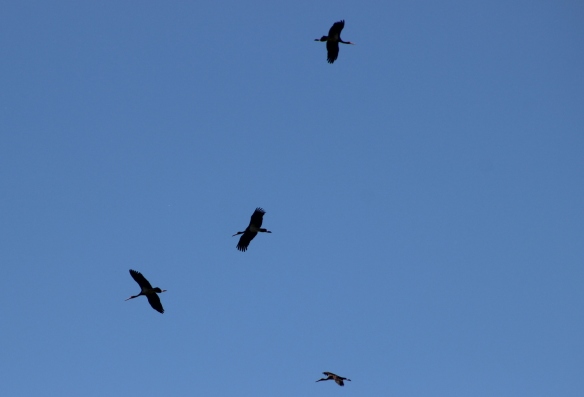 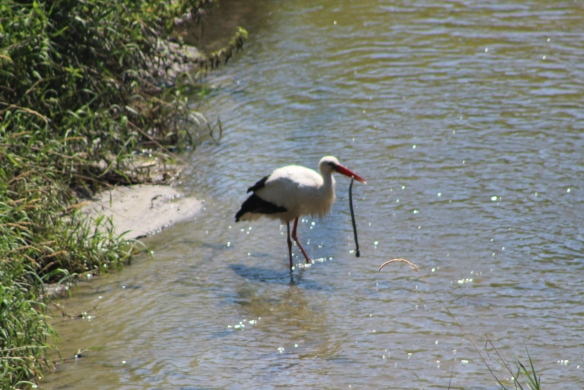 On really rare occasions – first time for me – one can see both species together. 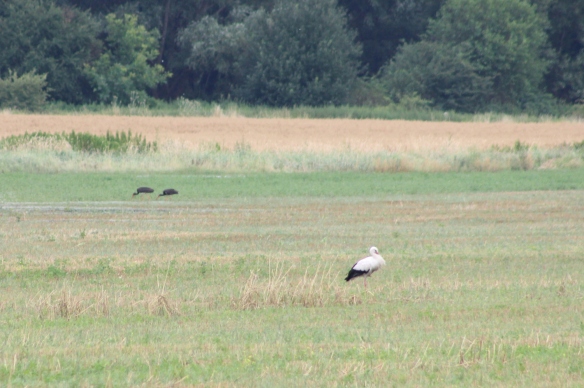 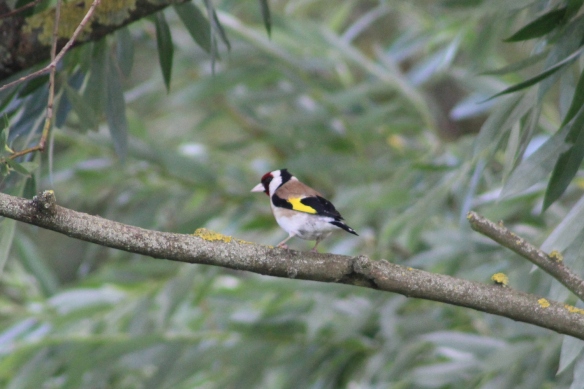 Carduelis carduelis is always a joy to behold.

The question ‘Who am I?’ is, probably, one of the most asked ones of all times. So it’s small wonder that the latest novels in my venture to read a book from each country and dependent territory also explore this particular issue. Both show too, at least in my opinion, that the very idea of a country or nation as basis of our identity is rather outdated and can sometimes even hurt.

The first few chapters were a real pain. Not because of bad writing or the story, but I felt drawn into the head of the main protagonists, and to avoid spoilers, she’s not an easy person to deal with. Step by step, however, she developed into something else, and this was reflected in the style of writing. I’m very glad I stuck with the book. It managed to surprise me to the last page.

This work, beautifully read by Lyndham Gregory, was my audiobook of the month. First of all, it made me quite curious to explore the history of Zanzibar. Secondly, I thought the writer was very good at giving personality to his characters; their motivations for their actions was utterly convincing. As a reader, I thought it was extremely easy to put myself into the protagonists’ shoes and then wonder, what would I have done? I find this high level of interaction rather rare. For me, this is a sign of brilliant writing. 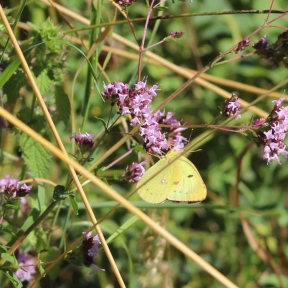 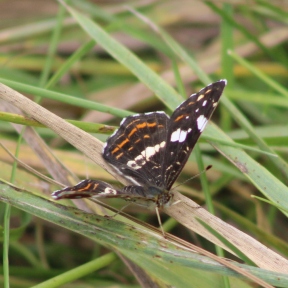 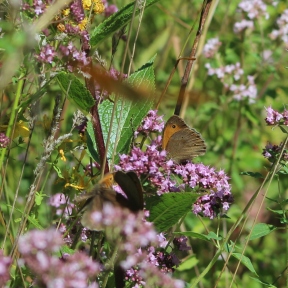 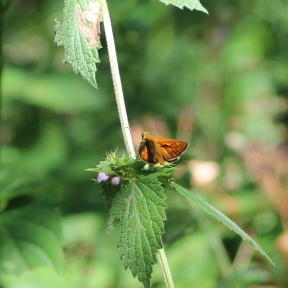 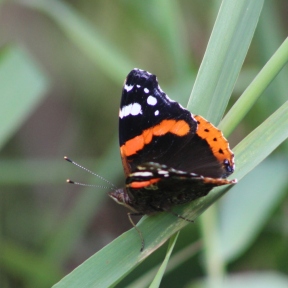 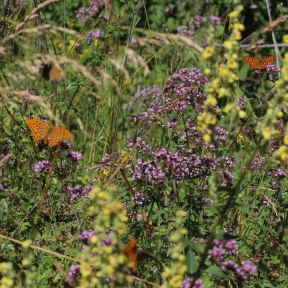 These are some butterflies I found on recent walks around Devinska Kobyla and on the floodplain of the river March. If you can identify the species of moth on the middle picture in the right-hand column, please leave a comment.

My thanks to Walter Schön for his website, which is highly useful!. 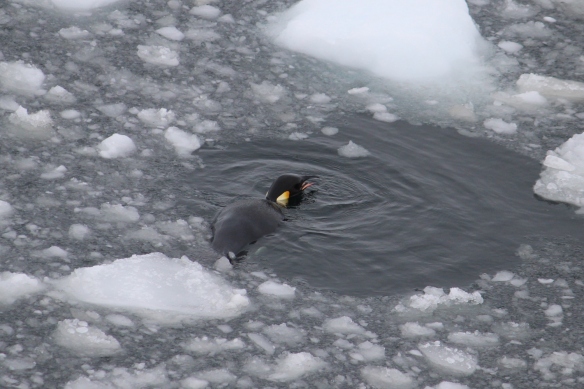 It was a real privilege to see this Aptenodytes forsteri on our trip to Antarctica. 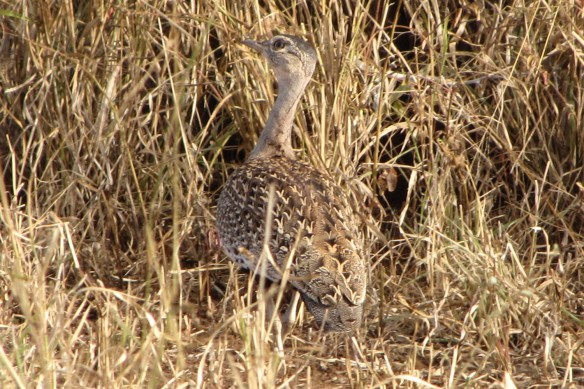 I saw this specimen of Ardeotis kori in the Kruger Park, South Africa, guided expertly by Jean Graham.

First of all, a big Thank you! to Annette for introducing me to Jonas Jonasson via ‘The Girl who saved the King of Sweden‘, the writer’s second book. I enjoyed it very much. Hence when a few weeks ago I managed to break my old e-reader and got a new (used) one which still had quite a number of books on it, I was pretty happy to find the ‘100-year old man‘, which is the writer’s first book, as far as I know.

So, for my WorldBookProject I went to Sweden and Cambodia during the last week of June:

48 Sweden: Jonas Jonasson – The Hundred-Year-Old Man Who Climbed Out the Window and Disappeared

While I found both books very readable and can recommend them both, they are both also distinctive. Each book deals with historical and historic events in the 20th century. The ‘100-year old man‘ takes a dry-humour approach to everything from the atom bomb to political ideologies and presents that through the lens of a laid-back centenarian. The ‘Children’, meanwhile, tell their own stories about their suffering under the appalling rule of the Khmer Rouge. I read the first book pretty much in one go, whereas I had to take a lot of breaks with the second one. I had read it a few years ago when travelling in Cambodia, and from my point of view more books like this are necessary for the healing of the country.