This Linaria cannabina was perching in the dunes of Dunkirk in France. The species is in decline because of ‘the intensification of agriculture, resulting in destruction of hedgerows, improved harvesting of cereals, and the eradication of fallow and weedy fields through application of herbicides‘.

The bird is also commonly mentioned in popular culture, e.g. mentioned by Charles Dickens or Oscar Wilde. Thanks to the people on birdforum.net for their help with the ID. 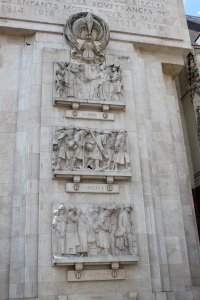 On my recent holiday in Europe I spent a handful of days in and around Lille in northern France. One of the days included a tour along the frontline in Flanders during World War I.

Starting point was the memorial to those who died in France during the two world wars in Lille. The dead of French wars in Indochina and North Africa have their honorary mention at the bottom of the monument. France doesn’t seem to be terribly good at dealing with that part of its history. But then, my guide was French and the driver was Algerian and they got along quite well.

We then ventured via Fromelles along the frontline. The road follows it for long stretches and you can see signposts to cemeteries and memorials every few hundred metres. In the past, the dead were kept separated by nationality (not religion though), but bodies are still found and these days all the fallen are being laid to rest together. Which I think is a good idea. 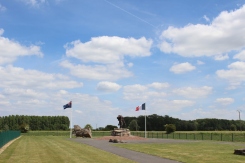 It was interesting to learn that there are also unexploded shells which farmers find when tilling the land. This ammunition is still live and so poses a real threat even after a hundred years. In Flanders, you don’t see remnants of the trenches though because of the geology of the area. The ground is very soft, hence the soldiers mentioning mud all the time, and after the war was over the farmers went back to their fields. If you want to get a feel for trenches, visit the area around Verdun.

After the fourth or fifth cemetery it all felt deeply gloomy despite it being a glorious day. I can’t even begin to imagine what the people back then must have gone through. But it was a relief to get to the Christmas football game memorial.

Last stop on the tour was Ypres which had been in total ruins after the war. Today, it’s all really splendid. Main points of call are the cathedral, a church run by the Church of England, the museum of the fields of Flanders if you’ve got ample time, and Menin Gate. This last structure has the names of more than 54000 soldiers inscribed on its walls whose graves are unknown.

I had booked this tour in the tourist office in Lille. At 260 euros for one person it was quite expensive (gets cheaper if you’re more people), but I thought it was really worth it. My guide was very good  and I learned a lot. The thing is that being German WWII is never very far, but WWI has already kind of faded into deep history, unlike for British people for example. So it shouldn’t have come as a real surprise when my guide told me that although he’d been in this business for about 15 years, I was his very first German customer ever. 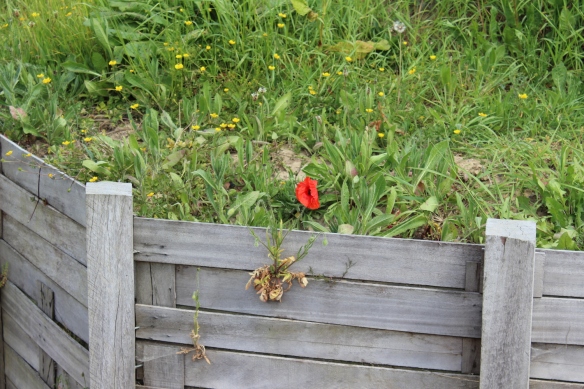 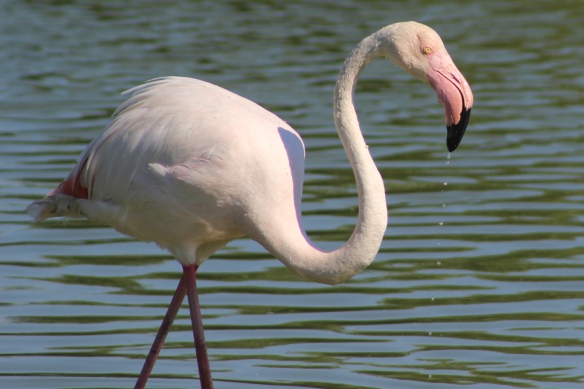 A few weeks ago I spent a handful of days in the south of France. This Phoenicopterus roseus and its hundreds of kin were foraging in the Parc Ornithologique Pont de Gau near Montpellier. The species is threatened by pollution in the water and shriking wetlands.

I think Half-Earth is such a wonderful idea. Homo sapiens should stay in restricted areas and be limited in numbers (birthcontrol), and all the millions of other species get back their space.