On a rather cold and windy day in late December, we took the bus to Mycenae. In spite of the uninviting weather, it was a great trip. Nobody was on strike and only a few dozen tourists were around, which in the vastness of the site didn’t matter much. The first construct we admired was the tholos tomb ‘Treasury of Atreus‘ which is not the burial site of Atreus (or Agamemnon). The beehive-formed roof was most fascinating. 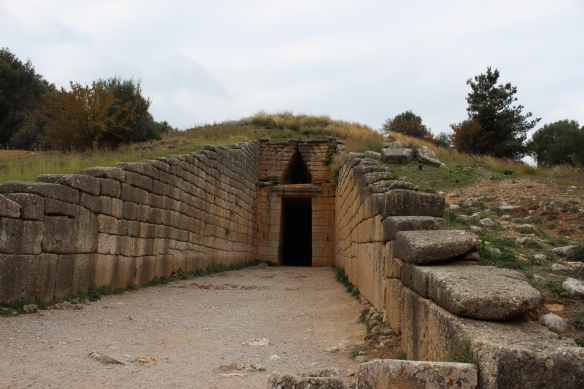 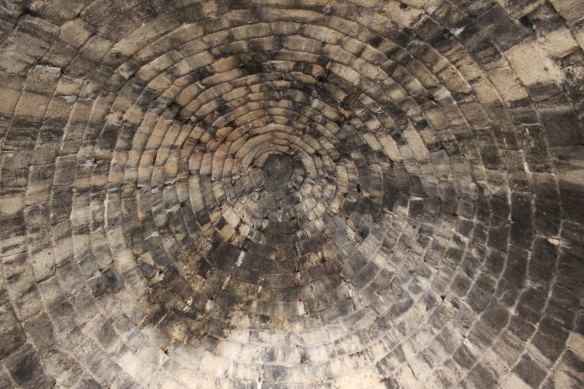 This tomb is a few hundred meters away from the citadel, so we had a good view of the actual hill with the acropolis’s ruins on top. 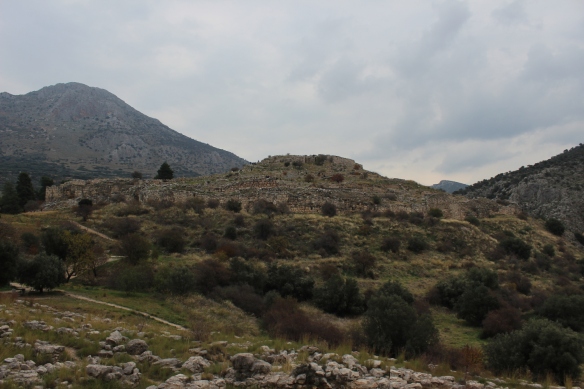 The most famous bit of the citadel of Mycenae is probably the lion gate with two headless lions. At least it provided lots of people with the more exciting part of their selfies.

For me, the remaining structures of buildings inside the citadel were actually more interesting than the gate.

Even back then people had built secret passage ways! 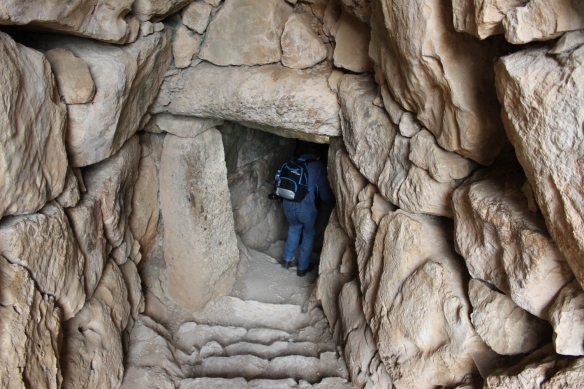 I was most intrigued, however, by some pieces in the on-site museum. Pottery with octopusses was a novelty for me. And the second piece, which looked to me like a seal, is probably a dove! 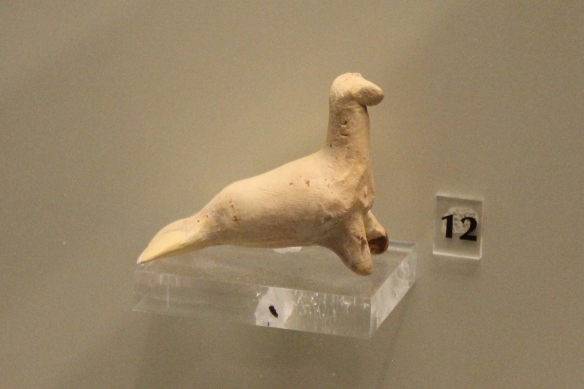